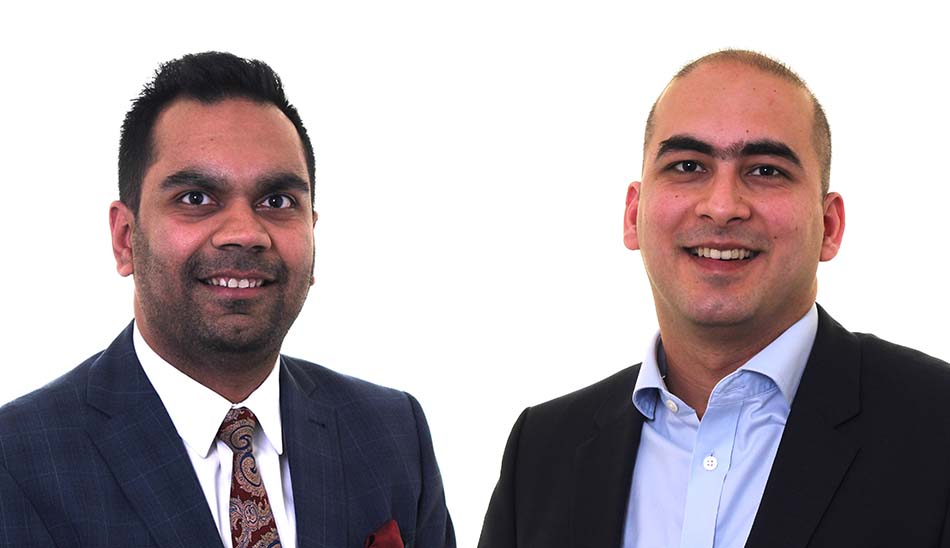 JPIN Venture Catalyst Ltd was the Gold Sponsor for our Future Forward: UKBAA Investment Summit in November 2020. The early-stage investor network is working to build a UK-India investment and growth corridor for start-ups. To find out more about the opportunities for UK businesses to expand into India, we sat down with JPIN Venture Catalysts Ltd’s co-founders Gaurav Singh and Nayan Gala.

JPIN Venture Catalysts Ltd ranked in the top three globally in 2020 for early stage investments. Over the past five years, they have made 273 investments with a total value of £205 million, pumping £150 million into the Indian ecosystem. With a focus on entrepreneurship growth, investor returns and social impact, the business has a vision to enable 100,000 investors to participate in global businesses.

“We are an end-to-end investment platform so we invest in businesses that are looking to access India. We have an accelerator VC fund that will invest and mentor them, and helps them structure for how to scale in India. Our core has always been an angel network where we invest in syndicate, up to £2 million. The UK arm is intended to help raise subsequent rounds of capital from £2 million going up to £100 million. Our intention is that when we invest in a startup, we immediately start working on making good connections for them, because that’s how they will grow and succeed. We also start looking at where the next round of funding is going to come from.”

Looking for UK businesses that have a very clear India growth story, JPIN Venture Catalysts Ltd believes that there is a lot of money to be made by expanding into India with Nayan commenting:

“Everyone just focuses on Delhi, Mumbai and Bangalore, which are the metros, but just like the UK only a certain fraction of people lives in those areas. In India only 20% live in metros with 80% living outside of that. We are the number one in India because we’ve gone to tier two and tier three cities in India and really built out a footprint there, and that’s exactly what we’re doing in the UK as well. The UK is very disconnected internally and everyone just focuses on London. We have taken the mandate internally to really build it out and connect pan-UK and then provide British businesses with access to India and Indian businesses to help them grow.”

“India has a massive, and currently unbanked population, and also uninsured population so it’s a huge opportunity.”

Further illustrating his point, Gaurav cites a baby hygiene company that has realised the expansion potential for their business in India. He comments:

“There is a British business in baby hygiene and they’re in Sainsbury’s and Boots and several places. They were looking to sell 10,000 bottles a month, which is a great success for them in the UK. When they saw the potential in India they realised that 10,000 bottles at the same price point is one city’s sale in one month. It totally opens up the potential. You just need to know how to access it and we are here to help support that vision and story.”

When it comes to their investment focus, Nayan emphasizes that they will look at any sector that doesn’t already have a unicorn and can be adapted at a mass level in India. They are very specific about the companies they will invest in, carefully vetting all opportunities to ensure that that they really are scalable. Nayan believes UK businesses could expand into India’s FinTech and InsurTech.

“The UK has delivered strong FinTech and InsurTech. India has a massive, and currently unbanked population, and also uninsured population so it’s a huge opportunity. Credit Enable is one example of a FinTech, which is into the lending marketplace that we’ve backed, and they’re really scaling in India. British products have very high regard in India because of their high quality.”

To achieve their goals of better connecting the UK, JPIN Venture Catalysts Ltd is working closely with local governments, networks and influencers. They want to nurture entrepreneurship in the UK, particularly outside of London, to help raise awareness of the fantastic start-ups that could tap into India’s potential. Over the next two years, the business’ vision is to be in every major city across the UK.

“When we connect all of the UK internally, that will allow investors In the UK to look at other opportunities. It will enable a lot of the local capital, which gets even more exciting for investors when they’re investing in a British business,” explains Nayan. “Though the UK is only 5% of the growth market, India can be a 50% growth market. Indians were the second largest source of foreign investment into the UK last year. It’s not a fact that is talked about but they’ve always gone through private corridors because they just didn’t know how to navigate. Once we created this platform, people are already approaching us for investment into the UK.”

The pandemic has created challenges across the investment ecosystem but Gaurav believes it’s had a positive impact for them. 2020 proved to be a record year with 102 investments made and investment from India to the UK has grown. The completion of Brexit has also had an impact says Gaurav.

“We’re getting a lot of attention because of the UK-India trade deal. We’re constantly invited to comment or do interviews. India is a massive growth market. There’s tons of money to be made in India and if there is a better relationship between UK and India, a lot of that capital will be attracted and invested back into the UK. Brexit is good because then it opens up flexibility to work with other countries.”

Looking ahead to the rest of 2021, Nayan feels optimistic that it’s going to be another strong year for JPIN Venture Catalysts Ltd. He enthuses:

“Our view is that this year is going to be a very interesting year again because a lot of good businesses will emerge. People who’ve gone through the impact of pandemic, they’ve understood the areas where there are gaps. Usually in a post-market crash some of the biggest decacorns and unicorns are founded. We want to be even more aggressive in our investment than we were last year.”