Loading...
Skip to content
Home News UKBAA Blog Beyond the bump: fundraising and maternity leave as a female CEO

Beyond the bump: fundraising and maternity leave as a female CEO 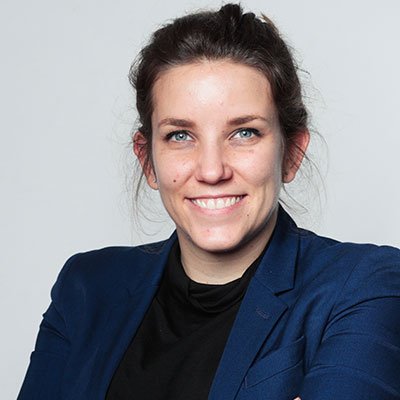 As the founder of a company, your work can become all-consuming as you juggle operating the business, securing investment and trying to maintain a work/life balance. For female entrepreneurs, there’s still a stigma around taking maternity leave and temporarily stepping away from your business, and that can cause a lot of anxiety and stress. We caught up with Vastari CEO Bernadine Br√∂cker to find out about her investment journey and the challenges she faced after discovering she was pregnant.

Founded in 2012, Vastari facilitates exhibition loans and tours worldwide, connecting global participants, whether private or public, novice or experienced. Constantly working on building new technology tools to facilitate every step of the exhibition making process, Vastari in 2018 facilitated 456 matches of exhibitions translating to around $1.4 billion worth of content.

As with every business, Vastari has had ups and downs on its investment journey. Bernadine explains:

“I’ve basically had a lot of different experiences. I first set up the business in 2012 with some angel investors who were not experienced in investing in tech so we actually made lots of mistakes. I gave away a lot of equity for a little funding. Because the investors came from the music industry, I think they were used to the way that that works. In 2015, I basically had to buy those investors out because that didn’t work anymore. I owned only a very small portion of the company. They were blocking any new investment from coming in and it was just not helpful. It sounds very strategic but it was like a really intense chess match. We started again and I would say that my investment story in this new structure from 2015, is how I would want to do it from now on. Every round of investment, I’ve gone out with a proposal of how much equity we would like to give up, how much we’re trying to raise and setting the terms ourselves, rather than trying to look at what investors would want to offer. That has been so much better for us. We raised a round of £400,000 in January 2016 and we raised over£800,000 more by 2019.”

When looking for investors, Bernadine was looking for more than just the right amount of money. It was important to her to have a panel of different investors that brought complementary skillsets to the table.

“It was much more about how the company could prepare for this situation, and making sure that we had everything in place.”

“I like investors who disagree with me in the beginning. One of our investors is actually someone who went on our website and essentially told us, ‘this is a ridiculous idea. I can’t believe that you are doing this. I can’t believe that you’ve decided to structure it in this way. The completely wrong person is paying for this. You’re doing it all wrong’ and I actually ended up having a coffee with him the week after, and then he decided to invest in our company. I like people who have a different opinion and help us think differently but also, then if we manage to convince them, it means we’re probably on the right track.”

With the business in a good place and a good team of investors supporting it, Bernadine had to inform them that she was pregnant in 2019. With there being a stigma around female founders taking maternity, Bernadine felt a little apprehensive before making the announcement. She recalls:

“I told the board first, which includes an investor director. The honest truth was that the board said, ‘we need to prepare for this and we need to prepare for the eventual case that you would be gone for six months if you wish to. As a company we need to be prepared for that but it’s not something that we need to make a huge deal out of’. Of course, they were happy for me but there wasn’t an emotional reaction of like, ‘oh, why have you done that?’ Or ‘that seems crazy’. It was much more about how the company could prepare for this situation, and making sure that we had everything in place. I didn’t take a six-month maternity leave but the company was ready for it if it was necessary.”

Once the investors had shown their support, Bernadine turned her attention to ensuring that the business was in good shape and able to run without her at the helm. In preparation for her maternity leave, she hired a senior staff member to fill an upskilled role.

“Doing that meant we could make sure that the management team was well-structured to be able to make it through. That was more expensive for the company but I worked really hard for four months to make sure that the company increased its revenue, so that it would make up for the deficit of having that extra salary. As a result, I took over a lot of the sales processes for the months before they joined, to make sure that that was structured really well, and it was on a growth curve, and passed the business over to them. They worked with me for two months and then took over.”

What was clear is that maternity leave is, in essence, the ultimate “bus test” for a business. Our investors could be confident about the business beyond solely the founder, by seeing that the company proceeded to develop even when she was gone. Luckily it didn’t take an imaginary scenario of getting hit by a bus, but rather a happy occurrence of leaving to have a child, to test whether the business knowledge wasn’t founder-reliant.

Going on maternity was at times a strange experience. Having poured her life and soul into Vastari for 7 years, Bernadine had to take her foot off the gas and concentrate on becoming a new mother. That meant she had to stop herself from checking in and contacting people at the company, something she found a challenge.

“Just dipping in and out wouldn’t be helpful. I promised myself that when I had ideas I’d write them down but I wouldn’t engage with the team until I was ready to actually follow through and be able to talk to them on a more consistent basis.”

The end of Bernadine’s maternity leave coincided with the start of the global lockdown due to the COVID-19 pandemic, providing another challenge as she adjusted to returning to work while also being a new mother. She says:

“Nothing was as I was expecting. Museums are closed. Our business is going through a pretty interesting time now. Everything was handled very well. My first investor update when I came bac was about the business and how we were reacting to COVID, and it was like a “PS” my daughter was born and it was great. There was nothing that I needed to justify by saying, ‘Oh, I was on maternity so something hadn’t gone the way that we expected’.”

Looking to the future, Bernadine is under no illusions that things are going to get back to normal quickly.

“We’ve decided to take advantage of the Government offers because we think that the problem is not going to be in these next two months, it’s going to be in the long-term meaning the next six months to a year. People will have less funding and clients will have less to spend, and potentially, you won’t be able to plan ahead for exhibitions, because there might be another lockdown. It’s been quite a challenge but what’s interesting is I came back from maternity with a bit of a zoomed-out point of view. I was able to think about innovative things that we could do that might benefit our industry as a whole, that might not be what Vastari is going to be doing in the long-term but that in the immediate future could get us some income or grant funding that can help the business move through this phase.”

As well as the concerns over the money flowing through the business, Bernadine also notes that this lockdown and pandemic is having a huge impact on people’s mental health. She shares:

“You have to find your own balance and your own way of making the work/life experience. It’s not easy. Realistically, we’re going to be working from home, I think until September, so we’re going to have to make sure that everyone gets through it. I think the UK government has really stepped up in helping businesses and I’m optimistic about the Future Fund. Hopefully this will mean that industries will be helped through this crisis.”