Loading...
Skip to content
Home News UKBAA Blog Deep Science Ventures’ Founding Director Mark Hammond talks about the challenges for Deep Tech businesses and the importance of bringing the right people together for the right opportunity 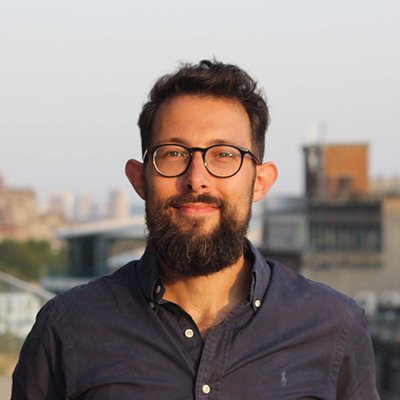 Our 2nd Future Forward event takes place on 27th November 2019 in London where we’ll be exploring the future of early-stage investing across some of the fastest growing sectors including life sciences, automotive and mobility. Deep Science Ventures’ Founding Director Mark Hammond is one of our speakers so we caught up with him ahead of Future Forward to discuss the trends coming out of Life Sciences and find out what the challenges are for the sector.

With a background in Neuropharmacology and Artificial Intelligence, Mark co-founded Deep Science Ventures after spotting a space of opportunity that breaks away from the linear process that scientific translation usually follows. Mark explains:

“There’s currently no space for people to come together and say, ‘there’s a big problem here, how do we actually solve this in the most unbiased and efficient way possible. How can we bring together the right skill and knowledge across the world, and across the value chain?’ We wanted to create that space so we’ve been looking at major problems from neuro degeneration through to carbon capture, and working out if it’s possible to build venture scale business here based on bits of existing technology and knowledge that are out there. That probably sounds obvious, but it stands in stark contrast from the dominant model of simply pushing forward research.”

“We take a top down view of what the opportunity areas are within those sectors. For example, in Pharma our thesis is around curing disease by fully addressing the complexity of disease biology rather than placing all the emphasis on one new discovery. We’ve built ventures across a range of diseases, starting with some of the toughest areas such as neuro degeneration, and have just launched a partnership with Cancer Research UK to find more effective approaches in oncology. In Computation we’re looking at what kind of completely different approaches could overcome the challenge of scaling quantum computers. In Agriculture we’re looking at how to increase yield and scale up cellular agriculture. Everything we do has an impact angle but thoroughly grounded in creating venture scale companies. The aim is to find the optimum intervention in a space whilst simultaneously making a great return.

Mark believes that changes need to take place within the linear process of scientific translation to ultimately speed up the process and get a product to market. He acknowledges that this isn’t always an easy thing to achieve:

“You see, a lot of, this new discovery will revolutionise X industry. A lot of story-telling that makes it sound incredibly compelling, but actually when you break it down there are a lot of things beyond that point discovery that just don’t line up in such a way as to enable a venture scale business. It just feels like a waste of some of the smartest people around.”

“Let’s bring together the right people, right along that value chain to make it happen, and make this a repeatable, scalable process. At one end there are researchers across all the different aspects that go in to forming a complex product, then there are the downstream buyers, and then there is the funding ecosystem which typically has very specific modes of operation, somehow all of these need to be lined-up, so let’s do that from day one.

“We bring that whole stack together and work out between us, a model that should work for everyone. We spend about six months doing that and then we spend about six months building that initial proof of concept. From that point on we spin out the company, provide initial investment, raise external money, which might be corporate or charity partnership funding, angel or venture money depending on the industry.

“We bring that whole stack together and work out between us, a model that should work for everyone. We spend about six months doing that and then we spend about six months building that initial proof of concept. From that point on we spin out the company, provide initial investment, raise external money, which might be corporate or charity partnership funding, angel or venture money depending on the industry. For example, right now any narrow AI product is very easy to raise for from angels and VCs, in other areas such as therapeutics, and particularly new paradigms within therapeutics such as precision medicine, there is a seed-stage gap, and in sectors like energy people have been so burned so badly in the past that corporate funding is really the only option through to at least series A.”

Looking to the future, Mark sees some interesting opportunities and themes coming out of the Pharma industry but in order to achieve them he says that the right people need to work together to create a model that works.

“In oncology, for example, 4.3% of drugs go from phase one to actually being approved and even after approval actually those that get a market drops to much less than that, which is a pretty depressing situation. It’s not simply because ‘science is hard’, which is the typical excuse, it’s because we’re trying to solve a complex problem with point solutions. We need a more integrated approach. It’s not necessarily the quickest way to make money but if we can work out models that work, then we’re in a much stronger position to build incredible value in the long term.”

The right model relies on patience and long-term vision, both of which could create real long-term solutions.

With Brexit lingering on and a general election in the calendar for December, what impact are those things having on Deep Tech?

“We’re lucky that we’re one of the government’s visa partners so we don’t have a near-term challenge with bringing people into the country. We also operate globally as a network of entrepreneurial scientist from Tokyo to Stanford so are relatively insulated from domestic changes. In terms of financing, we’re seeing more and more money for Deep Tech entering the UK because the US is realising, there’s an arbitrage opportunity in which things are essentially massively undervalued here compared to what they are in the States, so I don’t think there’s a problem there. If anything, the only near-term problem we have is that we don’t really have the ecosystem of experience here yet. There’s not that many people who have exited Deep Tech ventures willing to take a bet at the early stage before a venture financing comes in. It’s an ongoing problem that is gradually improving and I don’t think it’s going to be particularly changed by Brexit.”

Mark hopes that the next government addresses the way in which translational funding is awarded to give a platform to those people who are coming up with the most innovative ideas.

“Translational funding is almost entirely designed to fit in with the current linear system. It is deployed by the government, and what you get with that is of course risk-averse behaviour. If you’re going to deploy grant funding, you give it to the company that looks like a reasonably safe bet because it’s an incremental step within the current zeitgeist. There’s lot of evidence that shows that from an innovation and returns perspective, that this is actually a really ineffective approach.

“The most innovative breakthroughs more often come from the hustlers that are on the edges of what is accepted at the time, and they’re generally not the established players. Under the current paradigm of government and early stage private capital translation funding mostly compounds what exists increasing competition and reducing returns over all, rather than enabling leaps in the innovation landscape and outsized returns. That’s where I’d like to see more debate, how do we re-enable true early stage risk capital in a way that works for all players across the value chain.

Find out more about Deep Science Ventures and what they do at http://www.deepscienceventures.com.

Get buy one get one half price tickets for our Future Forward event taking place on 27th November in London at https://www.eventbrite.co.uk/e/future-forward-tickets-68455027831.

Want to learn more about angel investing? Enrol in our course The Effective Angel Investor at http://bizangels.thinkific.com.