Stakeholderz are delighted to welcome Jacqueline de Rojas CBE to talk about the changing landscape of tech investing and how to tackle gender equality.

Jacqueline’s presidency at techUK focuses on the ambition for the UK to really grab its position as a digital nation of significance. She believes that ultimately nothing can be achieved unless the UK tech industry attracts and retains talent from right across the diversity spectrum.

As investors, the case for diversity in the Boardroom of your portfolio companies is powerful. According to Beauhurst 25% of the UK’s high-growth companies have a female founder, and Boston Consulting Group have found that startups founded and co-founded by women performed better over time, generating 10% more in cumulative revenue over a five-year period, notwithstanding the severe funding gap they experience.

Join us as Jacquline, one of the most influential individuals in tech, delves in to how to address the key issues. Her CV and experience speaks for itself:
President@techUK | President@digileaders | Co-Chair@Institute of Coding
Non-Exec: Rightmove plc | Costain Group plc | FDM Group plc | Business Advisor & Mentor at Merryck

In 2016 she entered the @Computerweekly Hall of Fame after being voted Computer Weekly’s Most Influential Woman in IT 2015; she was listed on Debretts 2016 500 People of Influence and named in Europe’s Inspiring Fifty most inspiring female role models for 2017.

She was awarded the 2018 Women in Tech Award for Advocate of the Year acknowledging her contribution to diversity and #IB100 – Most influential BAME leaders in tech. She was also the recipient of the Digital & Technology Award at the Asian Women of Achievement Awards 2019 and included in World’s 100 most influential people in digital government 2019.

Jacqueline was honoured as CBE for Services to International Trade in Technology in the Queen’s New Year Honours list 2018. And it is truly our honour to have her speak as part of our November focus on female founders, investors and inspiring tech leaders. 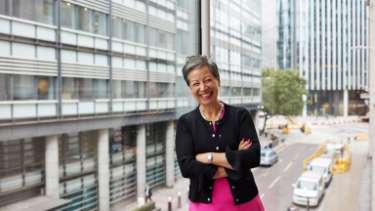