Join us on 3rd December at 11:00 am, as we formally launch the UKBAA Angel Investing in Diversity Best Practice Guidance.

At this event you will gain direct access to the new Best Practice Guidance, hear from a panel of key players in the market and explore what steps we, as individuals, groups or organisations, can take to create a diverse, equal, and inclusive angel and early-stage investment ecosystem here in the UK.

Angel investment is the most significant source of early-stage risk capital for innovating growth businesses. Yet across the UK, many women founders, Black, Asian and Ethnic Minority founders and those from other underrepresented groups are failing to access this vital source of finance and support to help them achieve their business growth ambitions: a situation that was highlighted starkly during the pandemic.

We have seen a number of valuable reports carried out across the investment market which have provided insights into the challenges and barriers diverse founders experience when seeking access to investment, demonstrating there has never been a better time for our community to take practical actions to ensure diversity in angel and early-stage investment. With this in mind, UKBAA has developed this new Angel Investing in Diversity Best Practice Guidance which draws directly on the combined expertise of many valued members of our investment community who have provided their insights and ideas on key action we all can take to support investment in diversity as well as examples of good practice.

In an easy to use reference, the guidance covers ten core areas addressing pipeline and internal processes; creating strategic commitment and diversifying the investment base.

Join us at this virtual launch event and get your copy of the new guidance!

Shanika Amarasekara MBE, Chief Impact Officer – British Business Bank
Shanika is the Chief Impact Officer at British Business Bank with responsibility for the Insight & Impact team which incorporates Economics, ESG, Policy, Public Affairs and Strategy teams. Shanika joined the Bank in June 2014 as General Counsel and Company Secretary. Shanika has also recently led on the creation and launch of the Future Fund as part of the Chancellor’s response to the Covid crisis. Prior to joining the Bank, she worked as General Counsel at an institution established by a number of central banks to promote financial stability and economic development. Shanika is also a Board member at London Legacy Development Corporation and E20 Stadium. Shanika previously worked at RBS as a Director and prior to that was a Senior Associate in the Capital Markets team at Allen & Overy. Shanika was also awarded an MBE in the Queen’s Birthday honours for services to business and the economy. 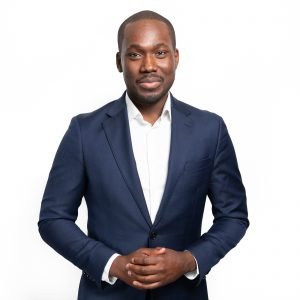 Rodney Appiah, Chairman & Co-Founder, Cornerstone Partners
Rodney is co-founder and Chairman of Cornerstone Partners, a leading angel network focused on black and diverse founders in the UK. Rodney has worked in venture capital for nearly a decade and has been involved in six exits during that Rodney is a Director at Foresight Group, one of the UK’s leading and longest established investors in growing businesses, and was formerly a senior investor at the Business Growth Fund (BGF), one of the most active growth capital investment firms in the world. Prior to BGF, Rodney began his career at Merrill Lynch where, over a five year period, he closed more than 15 transactions ranging from £50m to £1.2 billion in size. 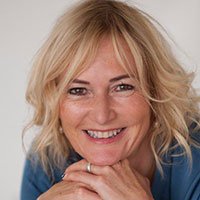 Helen Oldham, Founding Director, NorthInvest
Helen Oldham spent 33 years in the UK media industry as an advertising and marketing specialist, most recently as the Group Publishing Director for Johnston Press. As Managing Director of Johnston Press’s largest brands, Helen led award-winning teams at The Yorkshire Post, The Scotsman and i newspaper. In 2017 Helen left Johnston Press to accelerate the progress of NorthInvest, an early-stage investment business that connects tech start-ups with investors in Yorkshire and Manchester where she is a Founding Board Director, and to set up her own coaching and consultancy business where she specialises in the design and delivery of diversity and reverse mentoring initiatives. 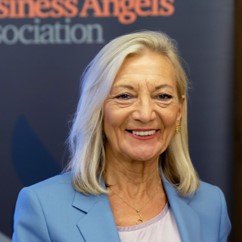 Jenny Tooth OBE, CEO, UKBAA
Jenny is CEO of the UK Business Angels Association, the trade body for angel and early-stage investing, representing over 18,000 investors around the UK. Jenny has over 20 years’ experience in facilitating SMEs’ access to investment, both in the UK and internationally. She ran her own consultancy on access to finance for SMEs, including spending nine years based in Brussels, working closely with the EC. In 2009, Jenny co-founded Angel Capital Group which incorporates London Business Angels, one of the most established and active angel networks in the UK and which was sold to Newable in April 2017. Jenny is an angel investor and in her role at UKBAA she focuses on building the angel community around the UK, connecting investors to good deal flow and assisting entrepreneurs to attract investors.