From Fintech to FishTech: award-winning angel investor Chris Adelsbach talks us through his journey so far 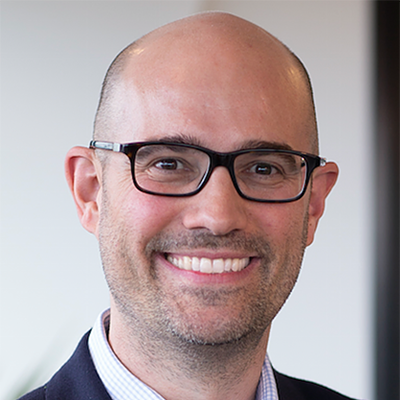 On Friday 19th June 2020, UKBAA Managing Director Roderick Beer was joined by prolific angel investor Chris Adelsbach for our weekly Friday Focus webinar. Chris is an award-winning angel investor who has won the Angel of the Year Award at the UKBAA Angel Investment Awards. He is also ex-MD of TechStars and now a Venture Partner too as well as a Founding Partner for Outrun Ventures.

An angel investor for the past seven years, Chris has continued to invest throughout 2020 despite the ongoing challenges presented by the COVID-19 pandemic. Since January he has made seven new investments and four follow-on investments. With a focus on FinTech, Chris invested in Pesky Fish about 18 months ago and has seen them successful pivot to thrive during these challenging times.

“What (Ben King, the CEO and co-founder) wanted to do was give British fishermen a better deal and set up a platform where when the fish came in, he created a market. People would buy that fish and it would go directly to their restaurants. Pre-COVID he was selling into something like 15 of London’s 80 Michelin star restaurants right, as well as others. The average British fisherman was getting 30% more for their catch so it was great for British fishermen but of course COVID hits and all those great restaurants shut down. They had a couple of weeks where they said, “what do we do”. It was really impressive. They went from B2B to B2C, over the course of two weeks, and they’re now growing even faster than they were pre-COVID.”

Originally from Michigan, Detroit Chris moved to the UK in 1997 where he worked for GE Capital in their consumer lending business. In 2006 he, and a couple of colleagues, decided to set up asset management business Black Tip Capital. That company was included in the Sunday Times Fast Track 100 and in February 2014 it was sold to a NASDAQ listed company. After taking some time to figure out what he wanted to do next, Chris started mentoring for free and began his journey as an angel investor.

“I started off doing FinTech investing but more importantly I had a chance encounter with a guy named Greg Rogers, who then had just started the TechStars FinTech accelerator, which was in partnership with Barclays. That had been a great success, and he asked whether I would like to take his job. I had been a mentor on that program and I loved working with start-ups. I didn’t want to do another start-up, at least not then, I was kind of tired from that but I wanted to be in the game so I joined TechStars. I ran the accelerator for the next five years, really immersed myself into entrepreneurship and into FinTech. I made sure I surrounded myself with great founders and great mentors and great investors, and then did my best to make sure everyone was paired up and matched up to achieve the best outcomes. Five years on, that accelerator was named the number one accelerator in continental Europe. The 50 companies that went through there went on to raise capital and to be valued collectively now, at last check in, about $650 million dollars. During that same time, I wrote personal angel tickets, which I guess as of today, I’ve made 72/73 in addition to the 50 so I’m in for over 120 investments over the last seven years.”

With a background in FinTech, Chris says that he stuck to what he knew but admitted that he’s reinvented himself along the way. He comments:

“To some extent you kind of do what you know. We all try to reinvent ourselves. I reinvented myself from a corporate person at GE to an entrepreneur, and then I wanted to reinvent myself from an entrepreneur to an investor. My view is I wanted to learn it, not MBA training, I wanted to have a living case study and there’s really no better way to learn than to write an angel ticket and try to be a value add investor, and help understand those companies and try to help those founders. What started with a few tickets into a few companies turned into many. I’ve reached a point where I’ll meet a company and I’ll immediately be able to compare them to a company I’ve already invested into. Critically, I’ll be able to meet a company and say, ‘I like the founder. I like what they’re doing’ and there’s already maybe two companies in my portfolio, that aren’t doing what they’re doing, but could potentially be partners and they could help each other. Because of that, I feel like every incremental investment I make, I have a higher likelihood of success because there’s someone in my network, either a portfolio company or a mentor or another investor that can help that company.”

Working across such a large portfolio can be difficult to manage and track but Chris has found brdg.app is a good solution for grouping all of his contacts in one place. It also allows him to make relevant introductions and during lockdown he’s used the free software to make around 100 introductions ranging from job opportunities to connecting people who may be able to help one another.

“Life’s too short to invest in things that aren’t adding value to society as well.”

When lockdown was implemented in March, Chris immediately made sure that he was available to help his portfolio companies. He shares:

“What started with a WhatsApp group turned into a Zoom call, and that Zoom call turned into a daily 8:30am Zoom call five days a week with eight CEOs of eight portfolio companies of mine. Fast forward 12 weeks, we had 60 calls over that period, and we had no no fewer than four collaborations that came out of that. A number of things that actually went to government and a few things that went to industry. A few of those things are either being used or considered by industry and government right now.”

The pandemic has undoubtedly changed the investment landscape but for Chris it’s provided further clarity and focus when vetting opportunities in the future.

“I want to invest in things that are important, ultimately. I want them to be important. I want them to be businesses that clearly make money. Life’s too short to invest in things that aren’t adding value to society as well. Everyone’s very conscious of health right now. One of the companies I invested in at the end of last year, and did a further investment during lockdown, was a company called Equips Me. It is a health tech platform in the UK that offers very, very affordable health insurance to self-employed people and small companies with two to 20 employees. It’s now looking like I have a crystal ball, that this was the best investment ever. It was important pre-COVID and it’s important now. Health care is probably one thing that I’m looking more at now, in addition to pure FinTech.”

While his main focus is in FinTech, Chris enthuses that the founding team could persuade him to invest outside of that sector or at the very least offer help to a founder that needs it.

“Ultimately, you’re backing the founding team, right? Is this someone who is mission driven? Is it somebody who’s doing things that are important? Is this somebody who’s super ambitious, and like wakes up in the morning, jumps on the bed and has to do this job well. I’m trying to figure that out, I guess going back to that platform of brdg I use, one of the ways I use that platform is I’ll meet a founder, and if the founder is great you want to help them, you can’t invest in everyone, but you should try to help everyone if you can. What I try to do is say, ‘there’s two people or three people that are in my network that I think could be really helpful’ and if the founder says, ‘oh, that’d be great’ I’ll make those introductions to them. I can actually track those introductions so I can see whether they do the double opt-in requests, I can see whether the person I introduced them to takes the meeting and then critically, two weeks later, I can get feedback from both parties. That helps me in the first few weeks understand whether this founder is hungry. I might like them, that’s a good gut feel, I can offer them something for free – my network – and if they capitalise on that and I get good feedback, now I can actually take that conversation to another level. I try to do that at scale. I mean, I’ll talk to anywhere from one to five companies a day.”

Turning his attention to his ambition to be a venture capitalist and run a fund, Chris spoke keenly about his latest project Outrun Ventures. Discussing how it came to fruition Chris says:

“To start a fund, you have to learn how to run a fund and critically you need a track record track. A track record takes time and in VC it takes a lot of time. I’ve given it six or seven years now of writing personal tickets and looking back on the investments. I wrote a Medium post in January being open about what I’ve done to date, what I’ve learned and (talking about) how things are going. Around that time, myself and my long-time friend and business colleague, Tariq Khan, came together, and we said, ‘let’s do a fund’. We decided that we wanted to be directly authorized so we actually applied for our FCA authorization and we got that. We started fundraising at the end of last year. We launched Outrun Ventures and we’re in fundraising mode. Whilst we fundraise, I’m writing personal tickets to keep the network live and well. Outrun Ventures is effectively going to be doing similar things to what I was doing before, except writing larger tickets. (We’ll be) leading seed rounds rather than being an angel with a team.”