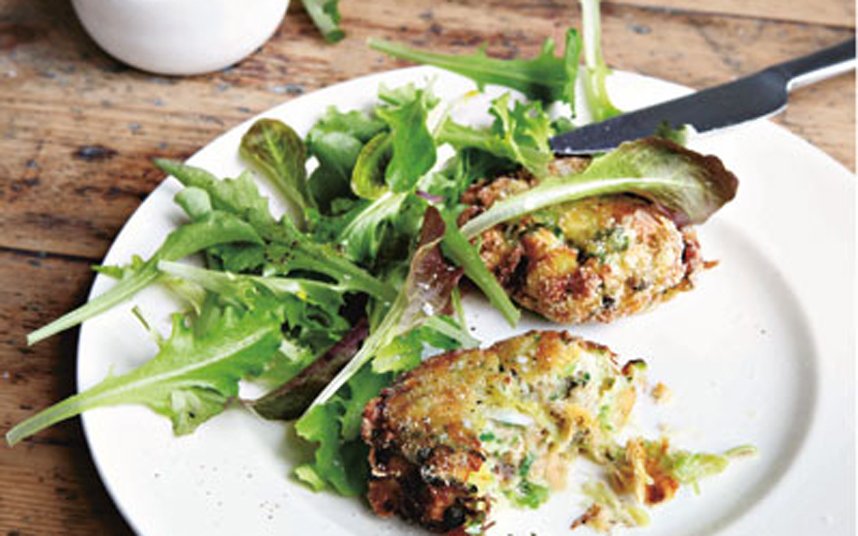 MMC Ventures follows its investment in Gousto as part of a £5 million funding round led by Unilever Ventures.
In two years, Goustohas gone from being an idea to a 40-strong business with an array of investors ranging from private individuals, venture capital funds and one of the world’s largest corporations.

Gousto delivers delicious and nutritional meals and ingredients in exact portions including delivery across all of the UK. Customers choose from a wide selection of recipes online and receive the ingredients in the correct proportions, together with an easy-to-follow recipe card, delivered to their door.

Founders Tim Schmidt and James Carter were both working “ridiculous hours” in the city. They liked quality food and they liked to try new dishes. They had cash but were short on time. Initially they had the idea of having a store at which customers could buy exact quantities of ingredients for particular dishes. But the costs and commitments of finding, refurbishing and leasing a property were too great at the time.

What they did see was that the growth market was in online food: “the UK grocery market is worth £175bn and only four per cent is online but that is predicted to double over the next four years,” says Schmidt.

But they were not going to try to compete with the online delivery services of the supermarkets; they would deliver customers a box with the precise ingredients for the meals they wanted.

In February 2012, Schmidt and Carter quit their jobs and the website went live in the summer. They put their life savings into the venture and started out from Schmidt’s living room.

It wasn’t long before they moved out – to the relief of the flatmates – into an office space. “We recognised that in order to scale a business online we had to invest in marketing,” says Schmidt. So the first round of fundraising – from friends and family – took place.

“The Enterprise Investment Scheme helped massively,” says Schmidt. “It is a great concept, because it provides phenomenal downside protection for investors.”

In early 2013, Gousto received its second round of angel investment; this time from a syndicate of food industry veterans.

Importantly, the syndicate approached the British Business Bank‘sAngel CoFund, who agreed to co-invest with an equal amount; the angels’ £130,000 became £250,000. “Getting theAngel CoFund on board was a fantastic thing,” says Schmidt. “For our tiny business it was absolutely brilliant.”

Schmidt and Carter put the funds to work on developing the product quality. “We had to make the food product spotless,” explains Schmidt. “Our angel investors gave us huge support in the area of food technology.”

In the autumn of 2013, Schmidt and Carter made a polished appearance on Dragons’ Den. It was a fabulous publicity but, because of the earlier Angel CoFund investment which had been made at the time of the filming of the programme, Gousto hadn’t needed the Dragons.

But a fresh round of investment was made into Gousto in November 2013, this time led byleading VC fund MMC Venturesand supported by Gousto’s existing investors, including the Angel CoFund.

Schmidt started to recruit experienced new staff to tackle vital areas such as sourcing and supply chain management. “Food is one of the most popular areas of e-commerce but it is also a very emotional product,” he says. “Customers must trust the provenance of our products. We want to be the good guys, the quality guys, who provide a great customer experience.”

During the early months of 2014, the team wrestled with the big strategic choice: whether to remain a niche, relatively luxury business, or to develop Gousto as a more affordable, mass-market proposition. They decided that it had the potential to become a mainstream product and be, as Schmidt puts it, “the next household name in food.”

Achieving such lofty ambitions isn’t easy or cheap. The focus was how to scale up Gousto as fast as possible.

This means building up the board and adding financial firepower. In May this year, more private investors joined the party, including Ian West, who is also a backer of the online wine club Naked Wines. West’s experience, which includes top executive positions at Sky TV and TalkTalk, is providing Schmidt and his team with deep understanding of vital subscription economics.

Today’s Gousto employs more than 40 people of ten nationalities in their west London base and in its Lincolnshire based warehouse. Its board contains some of Europe’s smartest investors. It has been a dizzying but exhilarating learning curve for Schmidt and Carter.

It’s hard to imagine that less than three years ago Schmidt was writing recipe cards in his living room.

Gousto’s tale, he says, does demonstrate that “it’s easier to raise money than you think. The government has some great programmes that enable investors to back you.

“Do be data-driven and analytical – that’s what every investor expects. But don’t overthink things – just get out there and do it and rigorously focus on what makes the customer happy.”