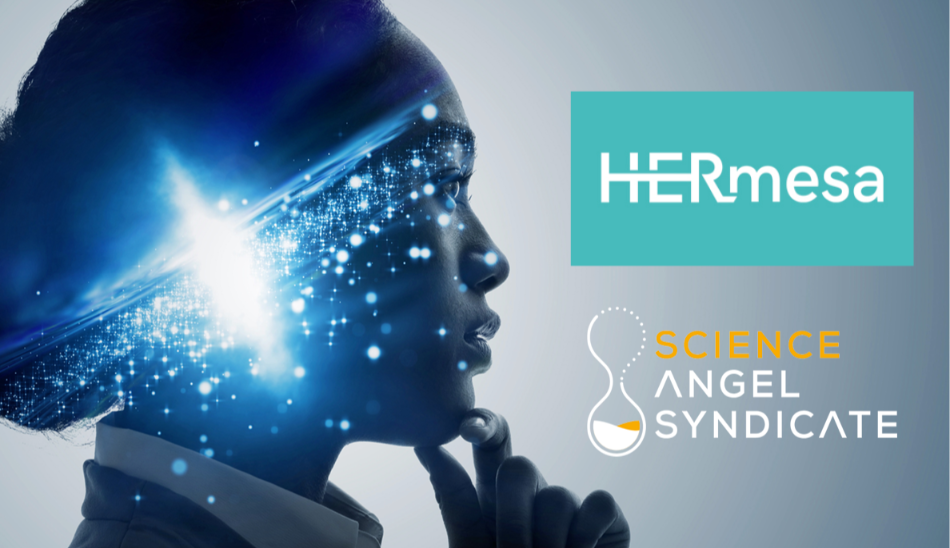 There is a growing trend of mission led angel syndicates being established in the UK. Two such angel syndicates, HERmesa and Science Angel Syndicate, have come together to create a unique partnership that accelerates investment into female (co)founded science companies.

Alignment of mission is often a key catalyst for any partnership and it was the mission that Marla Shapiro identified when she launched HERmesa in 2020 that brought her together with Dr Johnathan Matlock co-founder of Science Angel Syndicate. HERmesa was founded to directly tackle the problem of female diversity in the angel investment world, namely the distinct lack of female investors (13%, UKBAA 2020 Angel Market Report) and the poor allocation of funding to female (co)founded companies (11p of every £1 invested British Business Bank Diversity VC Female Founders Report 2018). Coming up to their first anniversary, HERmesa has had a stellar first year, growing to over 65 members, investing in 8 female (co)founded companies and directly bringing more female funders to the table with 50% of HERmesa members making their first angel investments.

HERmesa, led by its growing membership, has developed a strong interest in deep science investments and it was this focus that led to a conversation with Science Angel Syndicate. Founded by Dr Johnathan Matlock and Dr Ben Miles, Science Angel Syndicate was established to provide unique scientific due diligence to angel investors, whilst acting as a scientific co-investor for non-specialist investor groups. By sharing their expertise as a specialist investor, Science Angel Syndicate’s mission is to catalyse more investment into sectors such as Biotech, Medtech, Deeptech and Advanced Materials from all corners of the angel investor market.

Speaking about the partnership between HERmesa and Science Angel Syndicate Marla Shapiro said “HERmesa’s mission is to give more women early stage investors a seat at the table to invest in women (co)founded companies of the future.  Our investor base is particularly motivated to solve some of the world’s most pressing problems – including ‘health of people’ and ‘health of the planet’. As such, we are intensely interested in the potential of technology and science to address these issues. Our community of both new and experienced investors – including a huge number of entrepreneurs  – provides smart capital to our portfolio companies, but we lack the deep scientific insight and rigor that Johnathan and Ben and their investors can provide.  We are therefore thrilled about the opportunity to collaborate with Science Angels:  our two investor bases will select and invest in  the most promising  women backed scientific businesses and in doing so, build a healthier, more diverse future.”

Johnathan also commented that “It was obvious from the moment we began talking with Marla that the opportunity to collaborate with HERmesa would bring huge benefits to Science Angel Syndicate. The breadth of skills and experience that Marla has created through recruitment of exceptional female investors will complement our scientific expertise and allow investors of both syndicates to have diversity of thought and experience applied to the assessment of each investment opportunity”.

One aspect of the partnership will involve creating a series of events targeted specifically at female (co)founded science companies. Ben commented “The stark funding gap between gender diverse teams and all-male founded teams is astonishing, it requires action and providing female founders with the right opportunities to access investment. More so than ever the network a founder has access to is the biggest barrier to securing pre-seed and seed investment, as an underrepresented group we will support female scientists by giving them access to our networks and our memberships expertise alongside the obvious opportunity to receive investment”. Marla also added “this idea of open access investment aligns strongly with our ethos of providing help to female founders that we interact with regardless of whether they secure investment. Paying it forward is a critical aspect of supporting female entrepreneurs and the ecosystem in general”.

Both syndicates continue to grow their memberships and are actively recruiting interested investors who wish to invest in female founded science companies. If you’d like to learn more head over to their websites HERmesa and Science Angel Syndicate