Loading...
Skip to content
Home News Industry News Keith Morgan to stand down as Chief Executive of the British Business Bank at the end of 2020 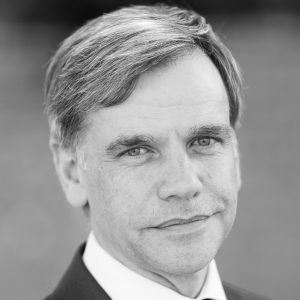 Keith Morgan has today announced that he will be standing down from the role of Chief Executive of the Government-owned British Business Bank at the end of 2020 after eight years at the helm of the UK’s economic development bank for smaller businesses.
Keith was appointed in January 2013 to lead the design and establishment of the Bank and was made Chief Executive in December 2013. Since its inception, the Bank has grown significantly under Keith’s leadership and it now supports more than 90,000 smaller business with over £7bn of loans or investments through its various programmes.

The Bank provides important finance to start-ups, is a major investor in venture capital to help scale-up the UK’s most innovative companies, has introduced significant regional finance programmes to the Northern Powerhouse, the Midlands Engine and other areas of the country, and has supported the growth of new competition in the business finance market to give smaller businesses more choice.

The British Business Bank’s Chair, Lord Smith of Kelvin, paid tribute to Keith’s leadership of the institution: “Keith has been an outstanding leader of the British Business Bank, building the business from scratch to create an organisation with considerable scale, reach and impact on smaller businesses across the country. The financial capability he has created in the Bank is supporting start-ups and growing companies in every region and nation of the UK and is helping the most innovative UK companies to become the world class companies of tomorrow.”

Keith will not stand down from the role and leave the Bank until the end of 2020 to ensure an orderly transition to a new Chief Executive.

British Business Bank Chief Executive, Keith Morgan, said: “It has been a great privilege to lead the establishment and growth of the British Business Bank since January 2013, following its inception. Our goal was to build an institution that delivered the right finance to help UK smaller businesses succeed and we now support more than 90,000 British SMEs with over £7bn of loans or investments through our programmes.”

“I am proud of the team of professionals we have recruited and the impressive capability we have built in the Bank that provides a solid foundation for the future. I am also enormously grateful to Ministers and colleagues in BEIS and HM Treasury as well as the range of industry representative bodies who have supported the British Business Bank throughout its development.”