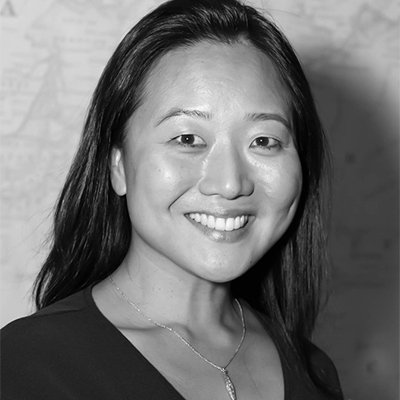 The journey of an angel investor takes many different forms and there’s no one traditional route into the industry. Some people discover angel investing through an independent financial advisor while others can be exposed to the industry via their job. The latter was certainly the case for Gina King, who is now Venture Platform Managing Director at Rooks Nest Ventures. We spoke to Gina about her journey as an angel investor and to find out more about the newly launched Supernode.

Starting her career on Wall Street in New York City at investment bank, Jefferies, Gina worked in the Telecom Media Technology (TMT) group and Recapitalisation & Restructuring group where she became the COO and managed the marketing initiatives. During her time there she helped to create the corporate marketing function and strategy to integrate the boutique investment banks they’d acquired and market the bank as a whole.

Gina was at Jefferies for 11+ years and it was the entrepreneurial environment that she particularly enjoyed about her role, allowing her to create positions to fill gaps within the firm. She built on that by launching her own company, Domaine Somm. Discussing the company Gina says:

“I studied wine professionally at the Culinary Institute of America and became certified with the Court of Master Sommeliers and the Wine & Spirits Education Trust. I launched my own company called Domaine Somm and created a marketplace that connects boutique wineries around the world with enterprise organisations, who were hosting events and wanted access to better selections and experiences. I also created a professional network of Sommeliers so wine professionals could be hired to advise and also work at the events.”

When it came to scaling the business, Gina admits that at the time she wasn’t sure how to do it so she enlisted in Ignite at Stanford Graduate School of Business, which was an entrepreneurship and innovation program for graduate students, as well as professionals who are interested in starting their own venture or scaling their venture. With the entrepreneurial bug firmly set in, Gina joined forces with one of her classmates, a postdoctoral researcher studying biomechanics, to launch startup KINEMAI.

“KINEMAI was a mobile application that uses computer vision technology, AI and machine learning. If you videotape yourself doing any form of exercise, you would receive immediate feedback on whether your movements are prone to injury and insights on how to optimize your movements to achieve better performance. Being at Stanford and working on KINEMAI helped me to think about how to achieve product market fit and exposed me to the Silicon Valley startup ecosystem. I really learned a lot from that experience.”

Gina decided to stop working on KINEMAI and she and her husband moved to London in 2018. With plenty of diverse experience under her belt, Gina realised her passion lay with direct ecosystems and working in the portfolio approach she had with Domaine Somm. That led her into the VC world where she discovered Rooks Nest Ventures.

“One of the things that attracted me to Rooks Nest was that it’s a first fund and a relatively small firm compared to some of the ones that I had been exposed to in Silicon Valley. I felt like I could make a real impact based on the early stage nature of the fund. The role that I was recruited into was to be the Head of Network and to build a community for media-tech, which is the industry focus of the firm.”

“Something that’s really relevant right now is 5G and what that could bring in terms of transformative content experiences. One of the things we can expect 5G to boost is adoption and engagement of AR and VR formats. There’s a huge opportunity for new kinds of user experiences that otherwise wouldn’t have been possible on mobile because of the latency and speed issues.”

Not wanting to let go of her personal interest in startups, Gina also participates in Rooks Nest Ventures as an investor.

“I straddle the investment, portfolio support, and community building efforts. I think bringing the operator experience has been useful to help our portfolio companies think through what their immediate and long-term challenges are, what kind of help they need, and who they need to connect with to fill the gaps.”

When it comes to emerging trends and technologies Gina is particularly interested in the future of audio/voice, tools & platforms that enable the creator and passion economies, and the confluence of 5G, edge computing and cloud computing technologies.

“Something that’s really relevant right now is 5G and what that could bring in terms of transformative content experiences. One of the things we can expect 5G to boost is adoption and engagement of AR and VR formats. There’s a huge opportunity for new kinds of user experiences that otherwise wouldn’t have been possible on mobile because of the latency and speed issues.”

More recently Gina has launched a new global professional community platform Supernode, which she is the Managing Director of. Revealing how it came about, Gina says:

“When I joined Rooks Nest Ventures, the desire to build a community was really to help startups in media-tech have better connectivity to not only investors, but to potential customers, partners, and also their peers, to have that support network. During my tenure so far, I’ve realized that there’s also big gaps between geographies – what’s happening in LA in media-tech, they don’t really know what’s happening in London and vice versa. There’s a lot of value in greater connectivity and shared learning. One of the key tenets of Supernode is to be the super connector between geographies and to fill those gaps, where startups in different cities may benefit from introductions to potential investors, customers or partners in areas outside of their immediate location. They may just not be aware of who to connect with.”

Supernode, which is a separate entity to Rooks Nest Ventures, has already started hosting events around the world, most recently in London, New York and San Francisco. Future events are planned for Los Angeles and other cities within Europe later this year.

“We’re hosting events in different cities called Supernode on the Road. We’re connecting key people on the ground in different cities and having some thematic discussions around what to expect in the future of media. For instance, it could be on audio becoming a mainstream medium, helped by the boom of podcasts or how new tools and platforms are enabling the proliferation of a creator economy, where anyone can be a creator, build an audience, and earn money. We’re trying to be very thematic in our connectivity and making sure that the people that we’re connecting are highly relevant to each other.”

Alongside the events, Supernode will also launch a digital platform that connects members of the community so they can make relevant connections and benefit from a shared learning environment.

“Essentially we want to build a resource that helps to build and grow the world’s most significant media-tech companies. We are bringing together the builders, funders, partners, and buyers who are actively driving innovation at the intersection of media and technology. Right now, there isn’t really a clear view on the state and future of the industry on a global scale, in terms of activities happening around innovation at the startup level, but also at the scale up and enterprise level. We’re hoping that this community will generate immense value through greater connectivity, transparency, and support for the people and organisations which are helping to move the world forward in meaningful ways.”

Want to learn more about angel investing? Enrol in our course The Effective Angel Investor at http://bizangels.thinkific.com.