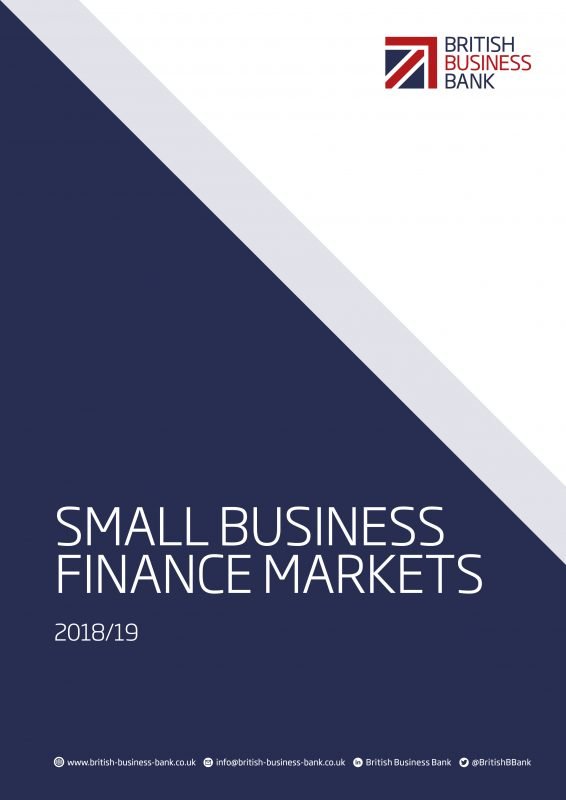 The report finds that an increasing proportion of smaller businesses expect Brexit to have a negative impact on their business (29%, up from 22% in 2017). Over one in three (34%) expect access to finance to become more difficult following the UK’s departure from the European Union.

Overall, demand for external finance has continued to fall, with just 36% of smaller businesses using external finance in 2018 (versus 44% in 2012). Despite these concerns, however, half (50.4%) still aspire to grow over the next 12 months.

Stock of bank lending continues its recent decline – Bank lending stock (£166bn) was similar to 2017 (£165bn) but this continues a decline in real terms over recent years. Gross bank lending – which makes up the biggest proportion of business finance – averaged £14.4bn per quarter. Repayments, however, were at virtually the same level – £14.3bn per quarter – meaning that net lending over the year was positive, but only by a small amount.

Big differences in the use of finance options between, and within, UK regions – equity deals remain concentrated in London (48% – although only around a fifth of High Growth Businesses are in the Capital), and around tech clusters elsewhere, such as Manchester and Edinburgh. The existence of clusters outside of London and the South East masks stark differences in equity deals numbers at sub-regional level, however – almost half (45%) of Local Authority Districts had zero equity deals in 2018. A further 24% only had one deal.