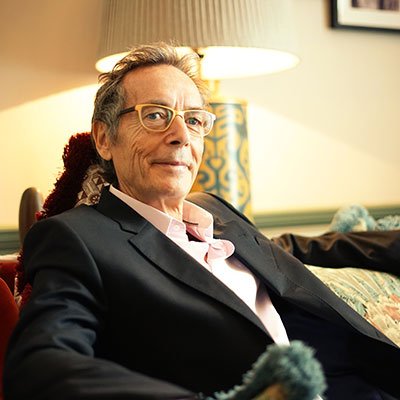 The £100 million Regional Angels Programme was established by British Business Investments (BBI) to help reduce regional imbalances in the ability for smaller businesses across the UK to access early stage equity finance. To date the programme has announced three partnerships – Par Equity, Startup Funding Club (SFC) and DSW Angels – and we recently spoke to Stephen Page, CEO of SFC, to find out what they’ve been up to since receiving an initial £10 million commitment from the programme.

SFC was founded in 2012 by Stephen as an angel investment vehicle for him and some friends. Following the launch of SEIS in 2013, the company evolved adding its first SEIS fund in 2014 alongside its angel group. Explaining how SFC works, Stephen says:

“In principle our funds are very much based upon angel investors allocating an amount of money to us to invest on their behalf into a fund. In return for that, they get a portfolio of companies. Alongside that we also have the angels who we present our companies to, and they will come in alongside our fund. We are a fully regulated FCA company, we got that four years ago, and we’ve won a lot of awards including a UKBAA in 2016 for Syndicate of the Year. We’ve gone on to become the most active investor in pre-seed and early-stage companies in the UK. We make 40-plus investments a year and we’re perceived as the place to go now for those companies that are young and starting out.”

Sector-agnostic, SFC invests in what they believe to be the best opportunities in the market. In the first quarter of 2020 they made 28 investments, 26 of which were in tech. To date the company has invested in 200 companies, with around 30 of those outside of the tech sector. The fund operates alongside SFC’s angel network and Stephen comments:

“The market we’re in is all about angels. They are the fuel for early-stage investment in the UK and without them there is no investment. Our angels fall into two distinct types: those that are not choosing the investments themselves and give us their money to invest on their behalf into our funds, and those that decide which companies to invest in themselves.”

Those angels that bring their expertise, as well as their money, to the table complement the expertise that already exists in the fund.

“We listen a lot to what they have to say. Whilst we make the decisions ourselves in terms of which companies to invest in, we will take very seriously what one of our angels has to say. What the angel is bringing to the table is a lot of understanding of the process to invest and the returns and the financial side, and hopefully more importantly, the sector and the industry in which we’re looking at. Post-investment, quite often, we will ask those people to represent us in the companies alongside ourselves. That expertise and support and help is fundamental to helping these startups get off the ground.”

In April British Business Investments announced a £10 million commitment to SFC as part of the Regional Angels Programme. Detailing what that means, Stephen shares:

“The way it works is to encourage investment in the regions. We are the only national business to have received this. We spread across the UK. Our portfolio is probably 50% London and 50% regions. This helps us and encourages us to invest more into the regions because we can allocate more from the British Business Investment fund to a regional company than we can to a London company.”

Digging deeper into how the process works, Stephen highlights three components – the fund, the angels, and a complex formula that determines how the regional fund can top up investment.

“The more angels there are investing into a round, the more we can invest from the BBI. For example, it could be £150k from us, £150k from angels, and in that case there’ll be at least £150k, if not a bit more, from the BBI. It’s the best way I’ve seen of syndicating and leveraging on, for example, us as a fund so our £150k becomes pretty much half a million. It’s really encouraging serious angels to invest alongside us as a fund, and then we can really leverage those with the BBI.”

“The market we’re in is all about angels. They are the fuel for early-stage investment in the UK and without them there is no investment.”

While the BBI investment isn’t directly linked to the ongoing COVID-19 pandemic, the announcement of the £10 million commitment has proven timely. Stephen explains:

“It’s not directly linked to the pandemic in any way, but what it meant for those 28 companies that we invested in Q1 is that we brought in some new DD. As a result of COVID-19, and because we had the investment available, we could insist on a runway of a minimum of 12 months with only our money and no future revenues. Any company that couldn’t survive that, we didn’t invest in. We did a COVID questionnaire, so they had to answer all the questions as to how COVID was going to be handled. It meant that we insisted on certain salaries not being as high as they would have liked and things like that. It very much helped. We were one of the few, I think, that were investing in such a way in March.”

The pandemic has understandably impacted on SFC’s portfolio, but it’s not all been bad news. Highlighting a few success stories, Stephen enthuses:

“We have seen some big successes for a few of our companies. A company called Bloom Magic, a flower delivery business, has seen a significant ramp-up in revenues. They’ve done very, very well. Another company Mayku, which is for hobbyists to make products at home using a combination of 3D printing and their machine, which makes casts for anything you want to make at home, they’ve seen a doubling of revenue.”

For those businesses struggling during this time, Stephen says that SFC are offering support and trying to help. They are also directing them to the recently-announced Bounce Back Loan scheme from the Government.

“A lot of companies have gone the other way and have had to really lock down and preserve cash. We’re trying to help them at all stages to do that. The Government schemes have some very good components to them, and I would recommend all of our companies to take the Bounce Back Loan scheme, which seems to be a very good scheme for very small companies. A number of them have received the grant support for where they have an office in lieu of rates, payments, and so on. A number have deferred VAT and PAYE, so there’s a number of good things that the Government has done to help, but we’re still not happy about the Future Fund. We just don’t think that has any benefit whatsoever at the moment to the majority of our companies because of the lack of EIS. It’s a matching program and you’ve got a match so where’s the other 50% coming from if there’s no EIS?”

Find out more about SFC at https://www.startupfundingclub.com.