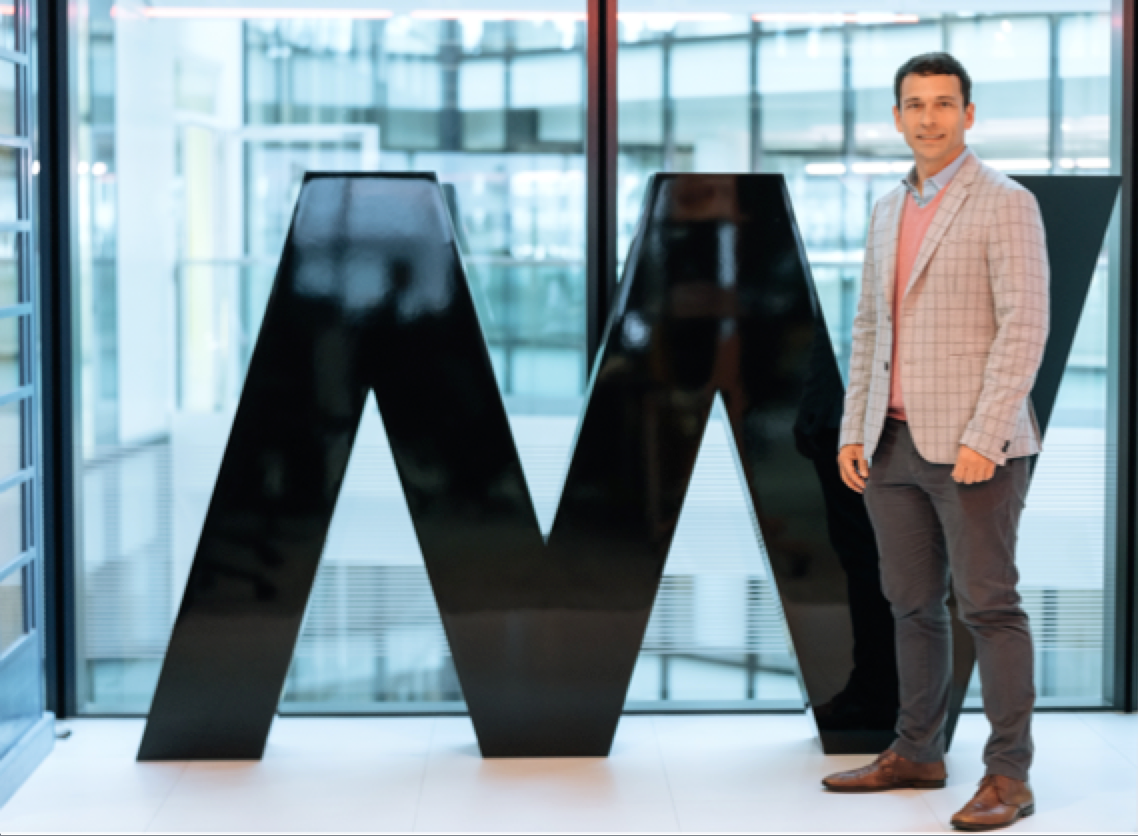 Wayra – Telef√≥nica’s open innovation hub – has just hired the entrepreneur Bruno Moraes, as its new Country Manager for the UK market. Bruno will be responsible to manage a portfolio of 193 start-ups valued over $1bn and to scale new start-ups that are coming on board in 2020, alongside a pivotal shift in the strategy for how Wayra finds the best start-ups.

The appointment of Bruno Moraes comes together with two other Telef√≥nica’s hires, to lead Wayra’s hubs in Germany and Barcelona. The new acquisitions are in line with Telef√≥nica’s shift last November when the telecom giant announced the prioritisation of its key markets – Spain, United Kingdom, Germany and Brazil.

According to Miguel Arias, Telef√≥nica’s Global Entrepreneurship Director, “Bruno Moraes has a vast experience working as entrepreneur, investor and working with the telecom’s industry, he has the perfect mix of what we were looking for Wayra, acting as a translator between both worlds”.

Bruno Moraes has over 12 years of experience as an entrepreneur and 10 years working as a management consultant in several markets in Europe and South America, mostly in the telecom sector. His latest experience is as Co-Founder and COO for Beegol (a start-up that uses machine learning to help telecom companies improve their broadband and Wi-Fi services).

Graduated as an engineer, Bruno founded and directed for seven years Stogas, an underground gas storage business in Brazil. As a consultant, he was Associate Principal at McKinsey & Co for almost 10 years, where he focused on telecom & technology in more than 25 markets. According to him “Wayra offers an amazing opportunity for startups to do business with Telef√≥nica and its millions of customers, experiencing accelerated growth and jumping into the next level”

In February, already under Bruno’s leadership, Wayra UK welcomes new start-ups that will join its flagship programme, the London one. The London 2020 call ended last November and received over 400 applications. It was the last call as, moving forward, Wayra UK will be constantly scouting for new start-ups for the London programme. This is a shift which will align Wayra UK with the other Wayra’s hubs in Europe and Latam. The focus areas for the programme will be announced soon on the website.

We democratise entrepreneurship by providing unparalleled access to networks and capital, turning start-ups into scale-ups, while ensuring that our start-ups reflect the UK diversity. We have already accelerated almost 300 start-ups and invested in 193 of them, which nowadays have a combined value of over $1bn and have had 137 trials or contracts with Telef√≥nica, generating $18.5m in revenue for our portfolio of start-ups.

We scale start-ups by giving them access not only to investment but also to business development opportunities with some of the world’s largest companies, including our parent company, Telef√≥nica. We are part of a larger group which runs 7 hubs in Europe and Latin America, that reach the entrepreneurial ecosystems of 10 countries. This makes Wayra one of the world’s most global, connected and technological innovation hubs.

Apart from our 193 portfolio companies, we have supported other 94 start-ups in 6 cities throughout the UK. We bring world-class start-ups not only to Telef√≥nica globally and to O2 locally, but also to our network of partners, including Cisco, Novartis, Ferrovial, Hyundai, Connected Places Catapult and the British Government, via the GCHQ and NCSC. In each case, our primary aim is to find new sources of revenue and/or innovation for the start-ups.

Telef√≥nica is one of the largest telecommunications companies in the world by market capitalization and number of customers with a comprehensive offering and quality of connectivity that is delivered over world class fixed, mobile and broadband networks. As a growing company, it prides itself on providing a differential experience based both on its corporate values and a public position that defends customer interests.

The company has a significant presence with over 346 million accesses around the world. Telef√≥nica has a strong presence in Spain, Europe and Latin America, where the company focuses an important part of its growth strategy.

Telef√≥nica is a 100% listed company and its shares are traded on the Spanish Stock Market and those in New York and Lima.